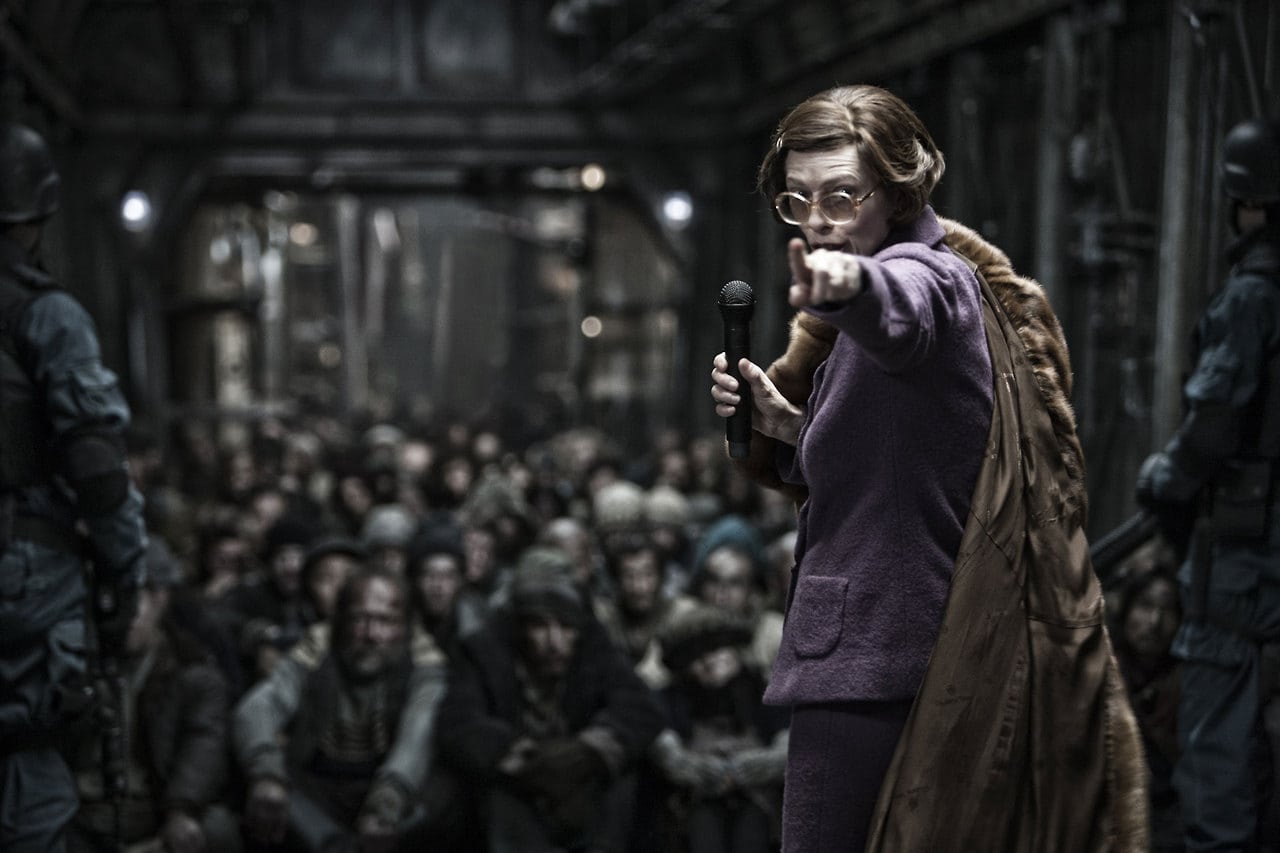 A climate change experiment goes badly, causing a new ice age that kills all life on earth except for the lucky few who make it on to an unstoppable train, that maintains its heat by remaining in constant motion as it circumnavigates the globe. The closed quarters of the train not only reproduce but exacerbate social inequalities that had existed prior to the climate disaster; so while the Earth freezes outside of the train, revolution is heating up inside. The film will be introduced by Christina Petersen, the Christian Nielsen assistant professor of film studies at Eckerd College and co-director of international cinema.

Presented in collaboration with International Cinema.